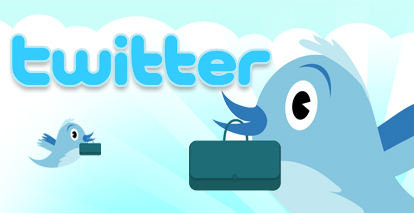 Twitter started as a result of a brainstorming session between principals of the company Odeo, and was initially developed to solve internal communication issues at their company. In 2006 the public version was launched, and by 2007 it gained mainstream recognition. Twitter has had its share of media attention over the years. From the mockery of Ashton Kutcher tweeting about which sandwich he was ordering at his favorite fast food restaurant to the role Twitter played in Iranians communicating to the world during their 2009 election protests, Twitter has evolved into a force in the social media industry. 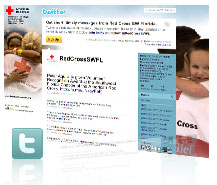 Today there are over 65 million Tweets posted each day, and Twitter's largest users are the coveted 18-34 demographic. Believe it or not, more women use Twitter than men. And the higher the income, the more likely a person uses Twitter (which is true with most Internet technologies).

Twitter allows for maximum 140-character messages to be sent, which is friendly for SMS messaging. It should be no surprise then that most Twitter users manage tweets through their cell phone. A service called "bit.ly" allows you to shorten a URL and send it through your tweet. This allows companies to leverage Twitter to send links to websites, videos, online advertisements, coupons, etc. Many restaurants tweet their daily lunch and drink specials at strategic times of the day to attract customers; many companies tweet secret passwords that can be relayed at the time of purchase for a discount; many companies launch Twitter-based contests to engage customers; and many companies also tweet links to stories they have just posted on their blog to drive traffic.

Don't make the same mistake we often see from other companies: don't enter the social media realm without a strategy, and don't use social media to incessantly broadcast sales messages. As shown in the examples above, there are creative and informative ways to use Twitter and benefit your business. Also realize that everyone consumes their media differently. While some prefer Facebook, others prefer Twitter. If your company is not on Twitter, you are missing an opportunity to interact with an entire market segment.

Make no mistake about it, people are talking about your company online. One of the most important facets of a social media marketing campaign is tracking and responding to what people say about you online. We will monitor popular gathering places online and tell you when someone says something positive or negative about you and give you an opportunity to respond. Responding to criticism in a public forum is a great way to show people you care about quality, and solving a customer's problem in front of an audience sends a very powerful, positive message about your company's commitment to excellence.

Webtivity Marketing & Design has a large audience who follows our social media sites. We also have many social media sites we operate for our clients. When you hire Webtivity for your social media campaign we will leverage our large audience to immediately generate a fan base for you. Over time we will reach out to others and continually grow your fan base. If you are broadcasting helpful or fun information, your followers will "re- tweet" your message to their audiences, propagating the viral effect of social media.