What is ADA? ADA stands for the Americans with Disabilities Act. It became law in 1990 with a stated goal to stop discrimination against individuals with disabilities in all areas of public life. The ADA has five main components, known as Titles.

For our purposes, Title III of the ADA deals with public accommodations and commercial facilities that include websites. Title III is enforced as a strict liability law by the U.S. Department of Justice. That means there are little to no excuses to be non-compliant.

Web accessibility is an evolving set of requirements with no formal agreed-upon set of standards. Although not legally sourced, courts have referenced WCAG 2.0 in cases involving the ADA. 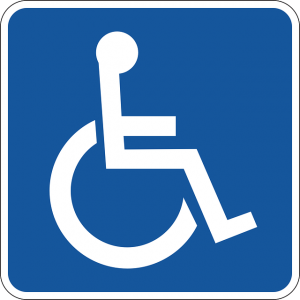 What are the dangers of being non-compliant

As of now, the Department of Justice has not independently pursued website owners for being Title III uncompliant. However, individuals affected by perceived non-compliant websites have sued website owners pursuing injunctive relief (e.g., for the company to make its website ADA accessible) and attorneys’ fees.

Who is most at risk of legal challgenges

The rise in ADA related cases has led increasingly to more and more industries being affected. Due to their close interactions with the general public, certain industries present more vulnerable targets to ADA legal action.

A significant portion of the cases, 55%, in 2019 settled within just 60 days. It is often uneconomical to fight these legal challenges and come out victoriously.

What are the benefits of being ADA Compliant?

Being ADA compliant is first and foremost a positive development in our pursuit to be a more inclusive society. Every company with an online presence should strive to accommodate as many of its visitors as possible. ADA compliance is simply a continuation of good customer service extended to a larger audience.

Disabled and other users alike view brands with compliant websites in a more positive light compared to their inaccessible counterparts. Websites built with WCAG guidelines tend to be easier to navigate, increasing positive user experience.

Finally, making efforts to be ADA compliant will protect website owners from being on the wrong end of legal action.

How to test for ADA Compliance

It remains incredibly difficult to ensure full ADA compliance. The WCAG is a best-case scenario set of guidelines.

The World Wide Web Consortium (W3C) maintains a list of tools that can assist in ascertaining the level of WCAG compliance. They do not claim that any single tool is representative of fulfilling all of the guidelines’ requirements.

A full evaluation of every page of a website is the only approach that ensures that all parts meet the WCAG guidelines.

The future of ADA Compliance

The future of web ADA compliance is a contentious subject. The first major case to go to trial, Gil. V. Winn Dixie is still working its way through the courts. The Plaintiff, Juan Carlos Gil, won in a lower court; however Winn Dixie appealed to the Eleventh Circuit. That opinion is due to be issued in the next few months.

Depending on the results, the current legal environment will change in terms of the legal culpability of ADA compliance. However, this is likely to be limited to specific websites; in this case, retailers with physical fronts.

ADA compliance is here to stay. It behooves any website, specifically public-facing websites, to endeavor to be as compliant as possible to web accessibility standards.

Is your website ready to be ADA compliant? Webtivity Marketing & Design is here to guide you through the process of ensuring your website conforms to the highest web standards.