What’s mentioned above is actually a hoax and it has been running around Facebook for quite a bit of time. And while it is true that there are people out there copying profile images and names, posing as an individual, in effect creating a duplicate account, going through and requesting all of your friends again, they aren’t hackers.

Snopes provides several examples of what this hoax look like below:

These messages are circulated around and around with names swapped out randomly. And with names you would know, making you more likely to believe the hoax.

One of the most widely used hoaxes is to not accept friend requests from hackers named Christopher XXXXXX and Jessica XXXXX or they will somehow figure out your computer’s ID and address.

If you open a message that contains a link, NEVER click on it. This goes for anything, a message, an email message, even if it isn’t coming from a hoax like this. Always go to the source. Links can contain a virus which can infect your computer, and can gain access to bank accounts and so much more.

There was another hoax involving all the major internet email players like Hotmail, AOL, Yahoo and others. Microsoft and Norton sent users an email warning them they might receive an email titled “Mail Server Report”. Advising them that when they opened it, they would get a disturbing message stating that “It is too late now, your life is no longer beautiful.” Users would lose everything in their computer. They were asked to pass it on immediately.

Subsequently there were different variations of this in Italy, West Africa, and again in the United States.

The bottom line is that this will continue, these are hoaxes, they’re scare tactics. Don’t spread the fire. Don’t open anything suspicious, and especially, don’t click on any links!

Beware of SEO/Link Building Billing Scam
Promote Your Small Business on Facebook
You Set Up Your Facebook Business Page, Now What?
Why Flash is Bad for Business Websites

Tales of Money Lost If this topic resonates with you, read about our Rescue Me promotion. It seems every week we receive a call from a frantic business owner who was left in a lurch by their web development company and is in need of rescue.  Unfortunately our industry is fraught with scams designed to…

There are many variations of Not Secure going around the Internet right now. “Not secure” is the warning you will see in the URL or address bar while using the Chrome Browser on certain pages. See below for an example. When did this start? This change came into effect on January 31st, 2017 with the… 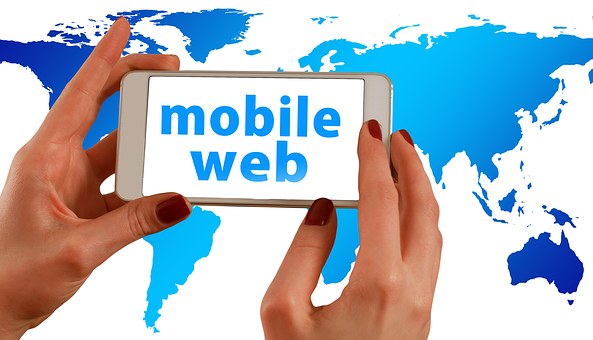 With all the focus being placed on mobile, here are some important changes that are coming for mobile devices. Facebook is changing the mobile media aspect ratio.  This is the proportional relationship between the width and the height for both photos and videos which are shown in the news feed on mobile devices. Additionally, Facebook is limiting the…

How Phishing and Malware Affects Us On Tuesday the world experienced the amount of havoc a hacked account can cause.  A pro-Assad Syrian group took credit for hacking the Associated Press Twitter account and sending a Tweet that there was an explosion at the White House.  Within minutes the Dow plunged about 145 points, erasing…

Beware of “URGENT Brand Confirmation” Emails I receive about one call or email a month from one of our clients who see this scam email and worry that it may be legitimate.  I received an email this morning from a client and just happened to have one of these sitting in my spam folder too…

Yesterday the Webtivity Team was discussing the security vulnerabilities that have plagued the Joomla! CMS since its introduction. We have never felt comfortable recommending Joomla! as suitable website platform because of this. I regularly monitor the Security Blogs for any exploits pertaining to popular Web Applications, and I hadn’t seen a major security vulnerability to…