The advent of the social media era on the internet marked a new age in business client relationship management. Not only could businesses big and small directly interact with clients and potential clients but they could, most of the time at no additional cost, generate leads off of platforms they paid no fee to use. This was unheard of in the digital arena long dominated by paid for listing professional directory listings to generate business. Facebook, and consequently, the Facebook News Feed kicked off this new avenue in true digital fashion; that is overnight with little to no warning for businesses to prepare.

Facebook has dropped another bombshell on the business community. It is estimated that up to 94% of all businesses use social media, 60 million on Facebook alone. Small business owners who often have smaller than average profit margins to meet flocked to this readily available method to generate leads for little to no cost. Facebook, Instagram, Google Plus, Twitter and other social media platforms represent a quick and easy way to reach former, current and potential clients directly while demonstrating your commitment to customer service in a public forum.

Being on top is not always advantageous however as Facebook has recently learned. By nature, social media content is cloud sourced as well as community reinforced. It only takes a few unscrupulous advertisers or businesses to target misleading or erroneous content to known vulnerable communities to have content, news in this case, spread with little to factual background. Facebook, being the biggest social media platform by far, has been the most susceptible to this type of false information attacks. Accusations have gone as far as to blame Facebook for swaying democratic elections in some of the world’s oldest democracies.

Facebook responded to these concerns on January 11th 2018 with several planned changes to the Facebook News Feed. The Facebook News Feed is the main way users interact with Facebook as it lists the posts Facebook determines to be most interesting to you when you open your Facebook app or page on a computer. It has seen several updates in the past but the new announced changes will change the way it fundamentally operates in regards to separating businesses and personal pages.

CEO, Mark Zuckerberg, described the new changes as shifting away “…from focusing on helping you find relevant content to helping you have more meaningful social interactions.” The details on the implementation of this new Facebook News Feed update are still far and few in between but the stated goal is to shift Facebook content away from all pages and users having similar weight in terms of appearing on the Facebook Feed to more priority given to personal pages.

What we’ve seen thus far is a noticeable decrease in Facebook Business page reach and video watch times. This has carried on to less Facebook referrals to client websites probably due to loss of user content interaction. Facebook business pages that are newer seem to be more affected than their more established counterparts. This might be due to more consideration given to pages Facebook considers “trusted” by users which are usually pages with a large user following and a higher rate of post interactions.

Based on the overall goal of the new Facebook News Feed changes there are several effects we can predict in this upcoming year. Viral pages will see their view shares drop more in the future. Small businesses whose pages are new with a few likes will see their already small Facebook interaction rate drop even further. Videos will have less of an effect than they have in the past at garnering user attention. For those established small businesses with high interaction rates we can expect that their posts will see more likes as they stay on users’ news feeds for longer periods of time.

What do you do when your small business’ user intake funnel drops? Capitalize on those users who you already attract. There is no better time than now to spruce up your business’ Facebook page. Add widgets, customize the call to action button, add more pictures, and respond to user posts/reviews promptly. Earn your current users’ trust so that they in turn are more likely to recommend you to their friends. This has the added benefit of increasing your Facebook “trust” score as well.

Facebook Ads have never been more important than now. The first thing businesses should do is ensure that they have a current interactive audience that is interested in their services that they can target. This can be accomplished quickly by launching a Facebook Like campaign. This is critical as all other Ad campaigns ran through the Facebook platform will depend on the size of this initial audience. Small businesses especially are vulnerable to having a smaller than ideal audience size.

As Facebook Ad revenue grows so does the tools it provides advertisers to use in their goal to generate more qualified leads. A shrewd advertiser should be taking advantage of all the aspects Facebook provides to reduce spending while simultaneously increasing profits. The Facebook Pixel, custom audience development, engagement ads, and website conversion campaigns are just a few of the tools now in your arsenal as an advertiser to assure a more successful ad campaign.

Show me someone who tells you that they know the entire extent of these new Facebook News Feed changes, and I will show you a liar. The fact of the matter is that the Facebook News Feed algorithm is a complicated beast that only Facebook truly knows how to manipulate. Take this same algorithm and add a major change to it and you have absolute turmoil. This is where it becomes important to have a competent trusted source of information of not only what is transpiring but how to adjust to the changes as well to minimize negative effects, and maximize their positive counterparts.

Webtivity Marketing & Design has been offering digital marketing services since 1999 with a strong focus on personal service. A point of view we found severely lacking in the online digital world. We specialize in providing a complete solution to all digital needs for small to medium as well as large business enterprises.

We are a Certified Google Partner Agency, winner of the Manatee Small Business of the Year Award, and other accolades.

Give us a call at 941-753-7574 or email Tim for more information on how we can work closely with you to help your business achieve all of your goals!

Beware of SEO/Link Building Billing Scam
5 Reasons Online Reviews Are Essential for Your Business in 2020
Know the Risks before Hiring a Digital Marketing Company
Social Media Marketing and Social Media Advertising, are they Different? 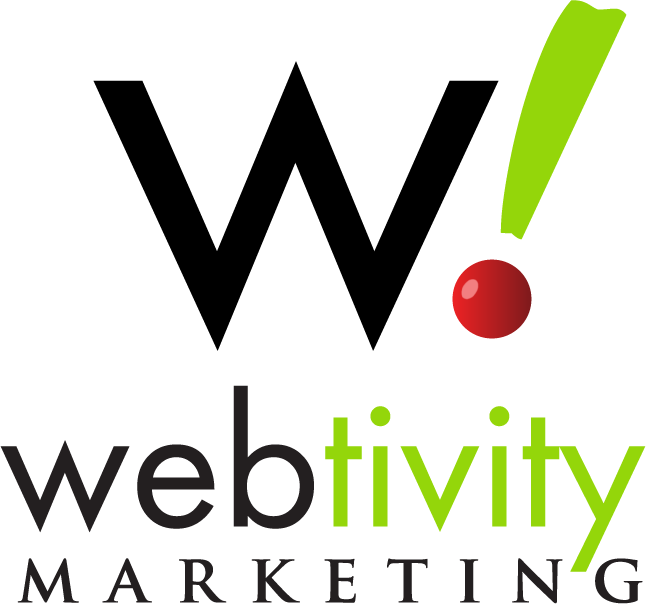 We are proud to announce that we have been named a leading web design agency in the United States for 2018 by Clutch!  You may recall earlier in the year they also named us one of the top digital marketing and SEO companies in the greater Tampa area as well! Here at Webtivity Design Solutions, we’re very…

“We Will Create Doorway Pages for You!” Entry pages, portal pages, gateway pages, jump pages, doorway pages: whatever you call them they do not provide a tangible SEO strategy for your business.  In the old days, these tactics worked, but search engines quickly realized there was a lot of clutter making its way into the…

“We’ll have you on the first page of Google in a week!” Companies that promise this are being disingenuous at best.  Typically the way they do this is either by getting you placed in the Google Places (Maps) area, or they put you in the Sponsored Links (Pay-Per-Click) area.  While having your website listed in…

Increasing Rankings Not Allowed TripAdvisor just sent an email notification to their customers that a company has been contacting TripAdvisor customers and offering to “boost their TripAdvisor ranking”.  This is against TripAdvisor’s business model and they are apparently taking steps to prevent this from occurring.  The email message is below as well as a screenshot…

Our brain is constantly bombarded by sights and sounds.  In order to make sense of the noisy world around us our brain  automatically makes snap judgements–judgements we may not even be aware of.  This sub-conscious psychology is exactly what we marketers try to tap into.  To illustrate my point, let’s imagine you’re driving to a…

Please beware of SEO/Link building billing scam that is going around to some of our clients, and possibly others. It appears that there is a company billing some of our clients for services they aren’t receiving. The problem is that the company name looks somewhat similar to ours, and if you aren’t paying close attention,…