This blog is going to be a little out of the ordinary for a tech and marketing company, but because the long July 4th weekend is upon us it is completely fitting.

Our country declared independence from Great Britain 238 years ago this Friday. 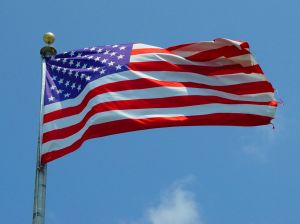 It is remarkable that the United States, a country of little significance at the time, was able to win a war against arguably the world’s best army. What is truly extraordinary, however, is that the United States was able to become the great country that it is today. How did we do it? How did the United States become so great? There are thousands of reasons why this country became the wonderful place it is now but the one that stands out the most is the ingenuity of our Founding Fathers to construct the Constitution. The push to create a more effective system of government began 11 years after we declared independence in the summer of 1787. The Constitutional Convention in Philadelphia that started it all took place during an extremely hot and humid summer.

I would like to take this time to point out the obvious fact that our Founding Fathers did not have air conditioning. As they debated hours on end about the functionality of the Constitution they also sweat through their clothes. To make matters worse, they preferred their proper fashion, that is, they wore stuffy vests and coats. Temperatures were high and so were tempers, but despite the heat they were still able to come together to finish what they had started.

As we prepare to enjoy fireworks and barbecues this Friday we should also be preparing for the heat. Drinking lots of water and wearing sunscreen are just a few of the essentials for those who plan on basking in the hot sun this independence day. For those of you who are planning on skipping out on the hot summer activities, I would like you to take a moment and reflect. If our Founding Fathers had had the luxury of air conditioning the United States may have never come into existence. The heat would not have pushed them towards a thorough and swift construction of one of the best documents ever written.  My recommendation, therefore, is this: enjoy the heat this July 4th weekend, sweat a little, and you may think of something that could change the course of history.

New Location Update You are likely aware we have been in the process of getting our new home ready to move in.  The journey has been a long and interesting one!  But our new location is in place and the build-out will be complete for an early June move-in. You can begin sending mail to…

Dr. Gino J. Sedillo, M.D. has led an interesting and storied life.  He wasn’t born a cardiologist after all.  In fact, his first job in a hospital was buffing floors.  Within two years he moved up to orderly, emptying bedpans and making beds.  He met a cardiologist at that hospital who became his inspiration, and…

Building on three successful years of partnership, the South Florida Museum and Webtivity Design Solutions have renewed their annual Corporate Partnership agreement. The partnership began in 2008 when Webtivity tackled the difficult task of pulling together the major aspects of the nonprofit organization—a multitude of museum galleries, the Bishop Planetarium Theater and Parker Manatee Aquarium…

The Bridge Street Merchants Association presents Three Events In One:  Holiday Open House Walk About, Christmas on Bridge Street and The Cortez Yacht Club Lighted Boat Parade Bridge Street will be changed from its normal tropical paradise into a Winter Wonderland on Saturday, December 17.  Snow flakes, a visit by Santa and Mrs. Claus, holiday…

Class “A” General Contractor Serving the Entire State of Florida! At Complete General Contracting Group, we are devoted to the highest quality workmanship and customer satisfaction. We understand the importance and value of maintaining trustworthy and accountable relationships with our clients. We have been in business since 1984. Now that we have over 6,500 completed…

Fawley Bryant architect firm approached Webtivity to investigate having a website developed that would provide the foundation necessary to show the talent that is indicative of the Fawley Bryant name.  Fawley Bryant also wanted the capability to update the website internally, so the DotNetNuke platform was recommended for the project. Created with the user experience…