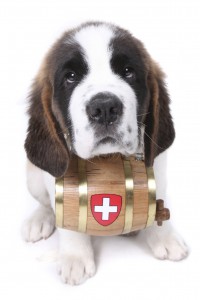 Tales of Money Lost
If this topic resonates with you, read about our Rescue Me promotion.

It seems every week we receive a call from a frantic business owner who was left in a lurch by their web development company and is in need of rescue.  Unfortunately our industry is fraught with scams designed to take advantage of consumers’ lack of tech knowledge, and is notorious for poor (or non-existent) customer service.  The calls we receive are everything from issues with web designers who won’t return phone calls to complex scams that skim credit card numbers and sales from ecommerce websites.

If that second example sent chills down your spine, it should.

One client who came to us had purchased a subscription-based website (a website where customers pay a subscription fee to access the features of the website) developed by a programmer located in Russia.  He did everything correctly through the purchasing process by making sure funds were placed in an escrow account. However, once the transaction was complete and he gained control of the website he did not hire a company to inspect the programming and insure no “back doors” existed and check the website for vulnerabilities.  Since transactions were done through PayPal, he had a false sense of security that there should be no problem.

After several months of managing his new website, he began comparing his traffic statistics with the number of completed transactions.  He was getting a lot of traffic, but very few conversions.  His conversions were nowhere near the numbers that were presented to him by the programmer who sold him the website. That led him to believe maybe he needed to make some changes to the website to increase conversions.  [Enter Webtivity Designs, stage right.]  Once we learned the origin of the website and that he did not have the website checked for vulnerabilities we suggested that be the first course of action.  What we discovered was that the programmer who sold him the website programmed it so if someone in our client’s geographic area viewed the website and made a purchase, our client’s PayPal account would be used to process the transaction.  If someone outside of our client’s geographic area made a purchase, a PayPal account controlled by the original programmer would be used to process the transaction and he would get the money.  What may seem pretty sophisticated on the surface is actually not tremendously difficult to pull off for a programmer.

We recently received a call from a gentleman who had an ecommerce website developed in India.  His website recently launched and people started making purchases on his website.  Unfortunately now he is getting a rash of complaints from his customers that their credit cards are being used fraudulently.  Once we explained to him that the developer he hired likely programmed a back door to his customers’ obtain credit card information the silence on the other end of the phone was deafening.  Our suggestion was to immediately turn off purchasing capability on the website and either have it penetration tested or, unfortunately, it may be cheaper to have it redeveloped.  After another long pause he relayed that it took the company a year to develop his website and he didn’t want to start the process all over again.

Neither of these people have means of recourse because the parties in question are overseas and not subject to United States law – and they have likely covered their tracks and are in a new location scamming another unsuspecting person.  In the first case you have a person who had a false sense of security and didn’t have his website inspected after he purchased it.  In the second case you have a person who tried to save money by outsourcing his project to India.  It took his developer a year to develop a project that should have taken 1-2 months, and now he may have credit card companies breathing down his neck trying to impart significant fines for the data breaches.  These are good people who made investments and have lost significant time and money.

As we routinely say here in our Blog: educate yourself, hire a company you can trust, and don’t forget that shortcuts usually end up costing you more money in the end.

If you’re in need of rescue, please read about our Rescue Me promotion.

Does It Have to be Such a Wild Ride? In last week’s blog post I talked about the wider adoption of ecommerce and how rapidly it has grown over the past few years.  This week I would like to explore the topic further. Anyone familiar with our market has heard people talk about “season”, which…

Traffic vs. Conversions(originally posted on the Manatee Chamber of Commerce Blog) Over the past few years Google AdWords (also called Pay-Per-Click or PPC) has started getting a bad name because of the way some internet marketers and large media companies have misguided their customers.  If someone is running a PPC campaign for you and the…

There are many variations of Not Secure going around the Internet right now. “Not secure” is the warning you will see in the URL or address bar while using the Chrome Browser on certain pages. See below for an example. When did this start? This change came into effect on January 31st, 2017 with the…

“We don’t have to make any changes to your website!” This is a favorite of “Blog spammers”.  They take your money and then spam links to your website on Blogs and other websites that allow comments or postings.  There are even Blog spammers who use automated programs to post links.  Yes, that’s right– you pay…

Increasing Rankings Not Allowed TripAdvisor just sent an email notification to their customers that a company has been contacting TripAdvisor customers and offering to “boost their TripAdvisor ranking”.  This is against TripAdvisor’s business model and they are apparently taking steps to prevent this from occurring.  The email message is below as well as a screenshot…