How to Lose Your Social Media Audience 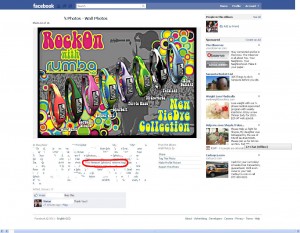 And Damage Trust in Your Business

I didn’t post this on Friday even though I really wanted to take some time to vent.  My parents always instructed me to take a deep breath if I am frustrated or upset and collect my thoughts before speaking.  After careful consideration I decided I was too perturbed to write my post objectively and without any profanities.

The offender will go unnamed, so I did some quick Photoshopping on the screenshot I took of their Facebook page on Friday.  To protect the innocents, I also made sure none of the other victims of this dumb social media scheme get exposed in my post either.

So what did they do to attract this writer’s ire?

On Friday I received a Facebook alert that I had been tagged in a Photo by this company.  Hmm.  Strange, since this isn’t a company I have done business with.  But I do go to various networking events around town so maybe….?  When I clicked the link to see the photo I was taken to the page portrayed above, which displayed one of this company’s advertisements.  They apparently uploaded their ad to their Photo Album and then “tagged” me on the photo.  This caused Facebook to send me an alert that linked over to this company’s ad.  What an underhanded way of getting someone to your Facebook page!

So, I promptly reported them to Facebook for spamming me.  The spam report will probably go into some endless abyss of complaints and no action will be taken by Facebook, but at least it made me feel better.  But not as good as it felt to un-friend them and Block them from contacting me in the future.  Now THAT felt good!

Now the moral of the story:  this company’s actions taught everyone they tagged in their advertisement that they may not be a trustworthy company, and that they are willing to resort to underhanded tactics to try to make a sale.  Is that the image you would want to portray about your company?  I hope they aren’t paying someone to operate their social media campaign, because if they are they are getting very poor advice.